Published: 30 June 2014 | By Suzanne Locke
Dubai Police have said banks need to be more responsible in giving out loans to stop the flood of bounced checks in the emirate, totaling 38.6 BILLION AED in the last three years. 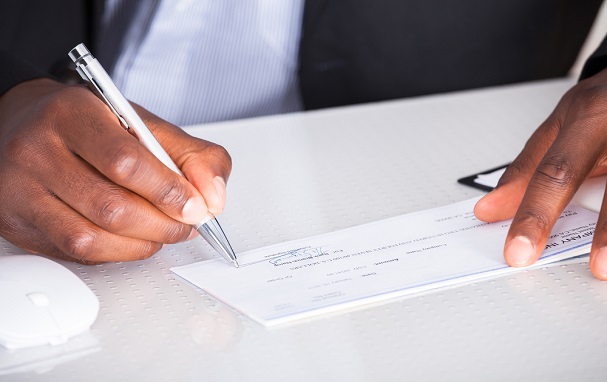 Some 92,000 checks have bounced since 2011. With the population at around 2.17m, that’s the equivalent of at least one in every 23 people living in Dubai bouncing a check. The majority of cases were of debtors aged 18 – 35.

The police force is now on a campaign to stop what is actually a criminal activity and can land the borrower in jail here.

And they are not only blaming individuals – they had a stern warning for banks too, for not reviewing debtors’ creditworthiness thoroughly enough.

Brigadier Mohammed Nasir, deputy director of CID, said: “Banks should be more responsible when giving loans to people with low salaries. How are those people going to pay the money back?

“A year ago, there was a case against an Asian man who took a personal loan, car loan and credit card from a bank despite his salary being only 2,000 AED. Banks shouldn’t take that sort of risk.”

[Also read: Bouncing checks? Still a crime in the UAE?/ Make sure you have funds before issuing a cheque]

Under UAE law, a person who bounces a cheque can be jailed at the discretion of the judge, fined and ordered to pay the outstanding debt. He or she may end up stuck in jail, unable to pay.

The police will always try to resolve the dispute, and give people a month to sort it out themselves before it goes to court, Nasir said.

He said: “We have settled 55,000 complaints in the past three years. The problem is with blank cheques that people give to banks. Sometimes they stop paying, so banks use it as an insurance by writing the outstanding amount and presenting it to police.”