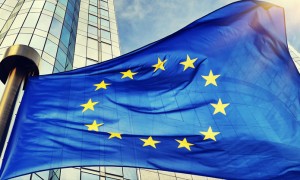 Published: 7 March 2016 | By Zara Fazili
If you're planning your next holiday and are shortlisting destinations, check out the five most popular countries to travel to among UAE nationals.

Did you know that UAE nationals can travel to 122 countries without a visa? According to the Visa Restrictions Index 2016 released by Henley & Partners, the UAE passport has been declared as the most powerful in the MENA region. Also, based on the Index’s worldwide rankings, UAE advanced two spots to 38th position after its agreement with EU last year giving the country visa free access to selected European states. So if you’re planning your next holiday and are shortlisting destinations, check out the five most popular countries to travel to among UAE nationals.

Emirati’s looking to escape the soaring UAE temperatures during the hot summer often consider visiting UK as a preferred holiday destination. After all UK has a rich historical background depicted through its art, architecture and museums. There’s much to explore, from the iconic Thames River, Big Ben, Buckingham Palace, Tower of London to the great views of the city from the London Eye. When visiting the UK, there will be more than than just a few sight-seeing destinations that should be on your to-do list. Emirati’s have often called London their second home in terms of cultural diversity, language and luxurious lifestyle. They also view London as a popular destination for all their shopping and are commonly spotted at the famous Oxford Street, Bond Street and Knightsbridge, where brands such as Harrod’s and Harvey Nichols are situated.

Looking for a loan to fund your travel plans? Check out Union National Bank Personal Finance for UAE Nationals features and apply only

UAE’s agreement with the EU allowed a visa free access to 36 countries including 26 Schengen area states. Being home to one of the best football teams in the world, Spain is a popular destination for the Emirati football fans. Other attractions include, world class beaches for those who love the sun, cathedrals and palaces dating back to ancient times, and the Spanish tapas for foodies. There is also beautiful scenery, landscapes and plenty of sunshine for most part of the year. Watch out for the local fiestas happening throughout the year, or indulge in adventurous activities and vibrant nightlife.

UAE has the second highest number of visitors travelling to Switzerland from the region, according to the Swiss Tourism Board in the GCC. The Schengen visa waiver for Emiratis has contributed towards increased number of visits to the country. It’s a famous  summer destination for exploring beautiful landscapes, mountains, lakes and luxurious hotels and resorts. In fact many hotels in Switzerland have Arabic speaking staff, restaurants serving halal Arabic cuisine, and Arabic television channels catered to meet the needs of guests from the region. Hotels in Zurich and Geneva also make special arrangements for iftar and suhoor for guests who choose to spend the holy month of Ramadan in Switzerland.

Germany has established itself as a popular holiday destination among UAE nationals. The medical services, technology and expertise in the healthcare sector attracts many tourists from the Middle East. Besides healthcare, Germany offers a multitude of distinct experiences for you to indulge in, including beautiful scenery, splendid architecture, lively festivals and a vibrant nightlife. Since Berlin has a huge Muslim population Emirati’s have easy access to facilities such as mosques and halal food eateries. Popular places to visit in Germany include Munich, Frankfurt and Hamburg which are rich in history and culture.

While the Schengen visa waiver increased the number of Emirati tourists travelling to European countries, another country which has seen a rise in the number of UAE nationals is Turkey. According to the Muslim Travel Index 2014, Turkey was regarded as the most popular choice of holiday destination among nationals. Reasons for this can be attributed to the rich Islamic heritage and culture in Turkey along with the relatively low cost of travel compared to other countries.

One Response to “5 popular holiday destinations for UAE nationals”