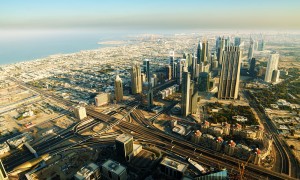 Home » Macro Analysis » Brexit: What does it mean for people living in the UAE?

Brexit: What does it mean for people living in the UAE?

Published: 5 July 2016 | By Kate Pennington
The UK will go through a period of uncertainty for the next few years after the EU referendum. Find out how this change will impact the UAE and what it means for people living here.

With the dust settling on the UK’s EU referendum, there are still more questions than answers. The only certainty is that there will be a lot of uncertainty for the next few years, as the UK first finds a new prime minister, and then gets on with the task of working out a new way of doing business with Europe and the rest of the world. What will the changes mean for the UAE, and for people living here?

In the short term, the main benefit for consumers and British expatriates in the UAE is a weaker pound, allowing them to send money home to pay off debt, purchase assets or shop for less. As the cost of importing goods from the UK to the UAE becomes cheaper, retailers are likely to further discount these items here, putting downward pressure on consumer inflation.

[Related: How will Brexit impact the UAE?]

On a broader level, a weaker pound is not helpful for the tourism and hospitality industry in the UAE, which is already facing headwinds from a strong USD. Last year, more than 1 million Brits visited Dubai, with only Indian and Saudi visitors outnumbering them. If the pound falls further than the 15% it already has since the referendum, and remains weak for a significant amount of time, then this could have an impact not just on the number of visitors from the UK but also on how much they spend while on holiday in the UAE.

On the positive side, the UK is likely to be relatively proactive in negotiating new trade agreements outside the EU, and the UAE could reach an agreement with the UK relatively quickly that would benefit both countries. British multinationals could also become more ambitious, increasing their investment to the UAE and the wider GCC region, creating jobs and boosting growth here.

A less obvious consequence of Brexit on the UAE could come through its impact on the oil price. If slower growth in the UK and Europe re-ignites worries about global growth more generally, then this could put downward pressure on oil prices. With GCC budgets already in deficit, a further decline in oil revenues could mean more substantial cuts to government spending and thus growth in the region. Consumer and investor confidence is also likely to be weaker in this scenario.

At this stage however, it is too soon to tell what the longer term consequences of Brexit might be.

Kate Pennington is a freelance financial journalist. She studied Economics in the UK and subsequently spent several years working as an analyst in London. Kate is fascinated by financial markets and can usually be found reading the FT while drinking bottomless cups of coffee.