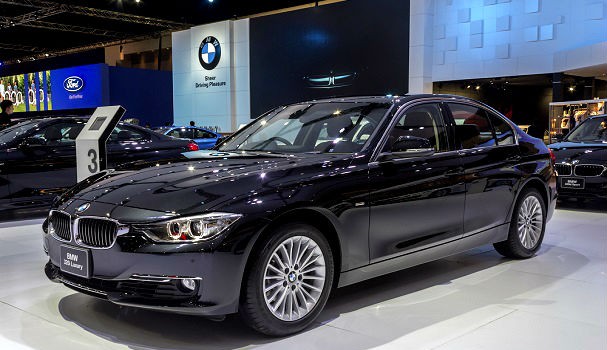 Damac offers free BMWs to homebuyers during Ramadan, British expats must declare offshore accounts, prospective home buyers are looking to Jumeirah Village and you may have the police installing a smart burglar alarm in your home. The news you need to know from around the UAE this week.

Damac offers free BMW with every property purchase in Ramadan

Damac Properties will give away a BMW 520i or 320i with each unit purchased in the Burj area, Dubai Marina, Jumeirah Village or Akoya during Ramadan and until 31 July. Buyers from Saudi Arabia, Qatar and Kuwait will be able to take collection of the vehicle in their home country.

“Damac Properties has always been known for leading the market with attractive offers on luxury projects at key times of the year,” said Ziad El Chaar, managing director, Damac Properties.

The UK tax authority, Her Majesty’s Revenue & Customs (HMRC), will now be alerted to British expatriate savers – who remain resident in the UK for tax purposes – when they open offshore bank accounts.

It follows the US implementing the Foreign Account Tax Compliance Act (Fatca), which means Americans with investments outside the country must report them to the tax authorities. [The Telegraph]

Growth rates slowed to three percent for apartments and six percent for villas in Q2 2014, according to a new report by Asteco. It said interest had shifted to peripheral communities such as Jumeirah Village, Dubai Sports City and Dubai Silicon Oasis, as many would-be purchasers were being priced out of more popular areas such as Downtown Dubai and Dubai Marina.

“We recorded positive growth rates of around 10 per cent in Q2 for these areas, but at the same time there was a decline in interest in the previously popular affordable communities of Discovery Gardens and International City, which only registered minimal growth, indicating that they are now topping out price-wise and any further growth will take them out of the affordable bracket,” said John Stevens, managing director, Asteco. [Khaleej Times]

The Abu Dhabi Police is looking into a ‘Security Guard’, an automatic motion-controlled alarm linked to the police operations room, which would detect an attempted break-in by spotting movement in a locked house and alert the authorities.

Major Issa Abdullah Al Marzouqi, strategic planning branch manager at the operations department, told Emirates 24/7: “It represents an optimal way to inform and alert the operations room of any attempts of theft or criminal assault on a house, and enables the competent police teams to handle the incident as soon as possible.” [Emirates 24/7]