Published: 29 May 2014 | By Suzanne Locke
The UAE personal finance stories this week that you need to know about in our new weekly digest – Dubai’s housing market is slowing down, say Cluttons and Knight Frank, only 30 percent of requests to switch between Du and Etisalat are accepted, report your own accident on the Dubai Police mobile app, Al Karama […] 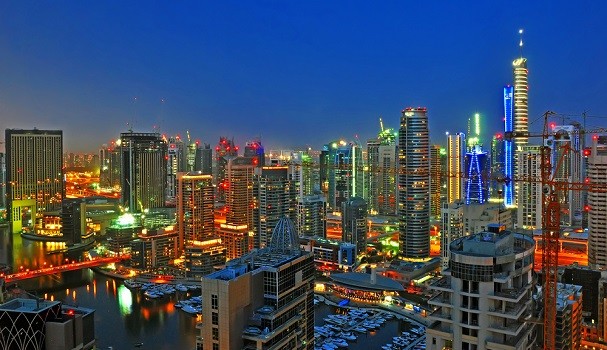 The UAE personal finance stories this week that you need to know about in our new weekly digest – Dubai’s housing market is slowing down, say Cluttons and Knight Frank, only 30 percent of requests to switch between Du and Etisalat are accepted, report your own accident on the Dubai Police mobile app, Al Karama real estate development completed and will Ringo app come to UAE? Plus don’t miss our comparison of One Direction Dubai ticket prices to UK, US and Australia, or our shopping deals of the week.

Home values will rise by 12 percent in 2014 after surging by about 51 percent last year, said Steven J Morgan, head of the Middle East at broker Cluttons. “Since January, we have seen a plateauing as new regulations aimed at curbing growth have gone into effect. There would have been cause for concern if we had continued to see the kind of price increases we saw over the last 18 months.”

Price growth is also slowing because recent increases have put homes out of reach for many buyers, Liam Bailey, head of residential research at Knight Frank, said in a phone interview from London. Dubai home prices rose 35% last year, the most in the world ahead of China and Taiwan, Knight Frank said in a research report. Bailey predicted a 10% gain in 2014. [Gulf Times]

More than 55,000 users move their business between Etisalat and du but another 190,000 requests are turned down.

The reasons for rejection focused on the mismatch of subscriber’s name with the applicant name, or non-completion of a transfer request numbers due to incomplete application forms or the lack of clear identification. [Arabian Business]

One Direction: How much do your concert tickets cost in the UAE and elsewhere?

One Direction has nearly sold out its April 2015 Dubai concert. But just how much are you paying compared to a fan in another country? We did a general and VIP concert tickets comparison for the biggest, latest three concerts – One Direction, Justin Timberlake and Lady Gaga – to see how the UAE shapes up against London, Houston, Melbourne and Montreal as a venue. [Souqalmal.com]

Report your own traffic accident via Dubai Police app

Motorists will, from next month, be able to report their own minor vehicle accidents via Dubai Police’s smartphone app rather than having to wait for Dubai police officers to attend the scene.

Colonel Khalid Nasser Al Razooqi, General Director of Smart Services at Dubai Police, said: “In case there is a minor accident (involving two vehicles), both drivers can send us the report right away, and the police officers will check the data and issue a report right away. A copy for each driver will be sent to their email and to the insurance companies. This new feature will reduce traffic jams that occur during traffic accidents because people will not have to wait for the police patrol car to arrive on the scene.” [Gulf News]

Souqalmal.com rounds up the top deals from Groupon, Time Out, Cobone and Triperna for you in a new weekly digest. [Deals]

Wasl Properties has finished Wasl Amber and Wasl Onyx in Karama, Dubai. The group is ‘re-urbanizing’ older areas. The sister developments comprise 153 one-, two- and three-bedroom units, some with maid’s room, and facilities include basement parking, pool, gym, play area, and central gas and AC.

“Wasl Amber and Wasl Onyx bring advanced facilities and modern amenities to provide stylish city living in Al Karama,” said Zainab Mohammed, general manager, Property Management, Marketing & Communications, Wasl Properties. “The two buildings have been designed to help reinvigorate an established area of Dubai that has seen its demographics change as newer areas of the city have started to take off,” she added. [Construction Week]

Ringo is available for iOS, Android and Windows Phone in 16 countries. It converts international calls to local ones using nearby phone networks, bypassing expensive carrier call costs. But will the Middle East ban Ringo?

Skype revolutionised how people make calls internationally, but its biggest downfall is that it needs a web connection to work. The Ringo app attempts to rival this by offering calls between countries for the same price as local calls – using submarine cables. On Ringo, users pay 1.7 cents per minute to call the U.S. This compares to 2.3 cents per minute on Skype, and 11 cents per minute on Vodafone.[Daily Mail]