The Dubai Traffic Fines You Need to Be Aware Of

Published: 19 July 2018 | By Souqalmal.com
Are you aware of all the traffic fines in Dubai? Traffic violations don't just put you and others in harm's way, but also translate into expensive penalties. Here's a round-up of some of the traffic fines you must remember to avoid while behind the wheel.

For those not accustomed to driving on busy and large roads, driving can be quite a challenge on the streets of Dubai. It is therefore strongly recommended to drive patiently while ensuring that you follow all traffic rules in order to avoid paying an enormous amount in traffic fines.

Interestingly, there are about 138 kinds of traffic violations that one can be charged with by the Road & Transport Authority (RTA) in the UAE.

The Dubai Police has a unique way of handling traffic violators through the use of black points. Every traffic violation carries certain black points that are awarded to the violator. At any time, if the points increase 24 in number during a year, the license of such a driver is revoked and he/she is barred from driving on Dubai roads.

Check out a few major RTA fines that you need to avoid while driving:

Driving under the influence of alcohol

It is a major offence and the police can seize your vehicle for 60 days. The fine is decided by the court.

Causing the death of a person on the road

The fine in such a case is decided by the court. In case of a light vehicle, it is retained for 60 days by the police. The violator garners 23 black points for such an offence.

Fleeing away from the traffic cop

This is a serious offence. The fine for it is AED 800 in case of light vehicles and AED 1,000 for heavy vehicles. The vehicle is retained by the police for 30 days.

Exceeding the speed limit by more than 80 kmph

Although vehicles in Dubai travel at quite a high speed, yet there are speed limits drivers have to follow. The traffic fine for exceeding the maximum speed limit by more than 80 kmph is AED 3,000. In addition, light vehicles are retained for 30 days, and you also accumulate 23 black points.

Not stopping after causing a minor accident

No matter how small an accident is, the drivers involved must stop their vehicle instead of simply speeding away. The traffic fine for this offence is AED 500 for light vehicles and a whopping AED 1,000 in case of heavy vehicles. In addition, light vehicles are retained for 7 days.

Driving a vehicle without a valid registration

Drivers driving with an expired registration attract a fine of AED 500 alongside 4 black points. In addition, the vehicle is retained for 7 days if the registration has lapsed more than 3 months ago.

Carrying passengers in the vehicle without permission

Any person carrying passengers in the vehicle without requisite permissions attracts a traffic fine of AED 3,000 in addition to retention of the vehicle for 30 days. You also get 24 black points.

Crossing at the red light

If it is done by a heavy vehicle, the driver in such a case has to pay a fine of AED 3,000 and has to surrender his license to the RTA for a year. In case of a light vehicle, the RTA fine attracted is AED 1,000, plus 12 black points along with 30 days vehicle retention. On the other hand, if the vehicle is a two-wheeler, the fine is AED 1,000 with 31 days vehicle retention along with 12 black points.

Any modification to the engine of a vehicle without authorized permissions attracts a traffic fine of AED 1,000 including 12 black points and 30 days vehicle retention.

Use of mobile while behind the wheel

This could arguably be one of the most common traffic offences on Dubai roads. Talking on the mobile phone while driving not only distracts you and increases the chances of causing an accident, it will also cost you as much as AED 800 plus 4 black points.

So, this was all about some of the major traffic violations and traffic fines in Dubai. Make sure you always prioritize your safety as well as that of other vehicles on the road. It is also a good idea to be aware of common offences, speed limits on the roads you use, as well as other requirements set out by the RTA before you hit the road. 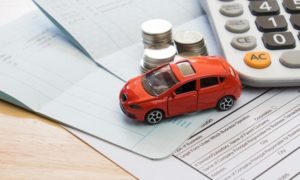