Home » Your Car » Fuel consumption: How does your car stack up?

Fuel consumption: How does your car stack up?

Published: 24 February 2014 | By Louise Baxter
There are a great many financial benefits of living in the UAE and the incredibly low price of petrol is one that readily springs to mind. But that’s not to say we shouldn’t carefully consider what we drive and how we drive it, especially if we cover large distances as part of the daily commute. With government […] 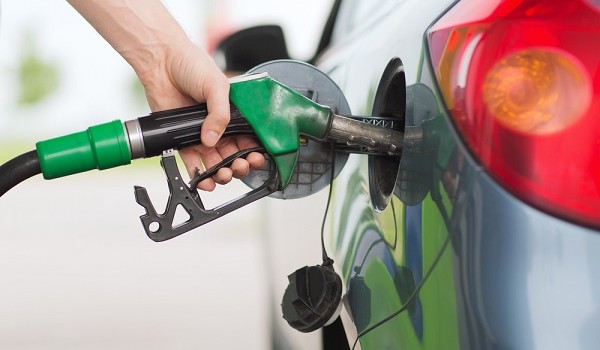 There are a great many financial benefits of living in the UAE and the incredibly low price of petrol is one that readily springs to mind. But that’s not to say we shouldn’t carefully consider what we drive and how we drive it, especially if we cover large distances as part of the daily commute.

With government subsidies, couple with the fact that this is one of the world’s greatest oil producing nations, fuel costs rarely cause concern and many of us own vehicles that would be financially crippling in most other countries.

In fact, car manufacturers are at pains to point out how the fuel economy of their various models is improving with each generation and, if we act accordingly, we can achieve significant reductions in the amounts we spend on petrol. Quite apart from leaving us with more cash at the end of the month, driving more sensibly will harm the planet less, so it’s a real win-win for motorists.

Most of us probably don’t know what a litre of petrol costs at the pump, whereas in Europe and, increasingly, the United States, whenever the price leaps up by just one cent or penny, there’s national uproar. Prices here do vary but you’re looking at an average of Dh1.80 per litre and that makes the UAE the fifth cheapest market for petrol in the world, according to the Bloomberg Gas Price Ranking, which rates 60 different countries worldwide. We pay about one fifth of the price European motorists do.

The way in which we drive can make a huge difference to the fuel consumption of our cars. Keeping tyres at the correct pressures helps enormously, as does making sure we drive with windows and sunroofs closed. Flying  flags from our cars during special days as a celebration can increase a car’s consumption by 10 per cent.

But if we simply compare models of cars and their fuel economy results, this is also a surefire way of making sure we’re financially aware motorists. A Volkswagen Golf GTI, for instance, is a performance car icon but it’s relatively inexpensive to run, averaging 10.5 litres per 100km. So a 250km round trip between Dubai and Abu Dhabi would use 26 litres of petrol, costing around Dh47.

Here are some car models showing the fuel usage per 100 Km and the cost for a trip of 250 Km.

How about the ubiquitous Toyota Land Cruiser? Fuel consumption depends on the engine underneath its bonnet but in the UAE they’re either six- or eight-cylinder models. Toyota’s official figures are almost impossible to achieve and the V6 will average 13 litres for every 100km driven. The V8 struggles to drink less than 18 litres per 100km, meaning the six-pot would cost Dh58.50 on that inter-emirate trip and the V8 Dh81. Even that thirsty, 2.5-tonne beast uses less petrol consumed by the Mercedes.

Of course, not all of us drive gas-guzzlers and a great many cars on our roads are extremely economical. Consider the Ford Fiesta, which in 1.2L guise uses about 6 litres of petrol per 100km, costing less than Dh30 over those 250kms. If your Ford is a V8-powered Mustang then you’ll be spending double that.

One thing to remember, however, is that car manufacturers claim fuel economy figures that are achieved in absolutely ideal conditions, with no passengers or other weighty items inside. The chances of any of us getting the claimed economy figures, therefore, are practically zero. But as a yardstick for use when deciding what car to buy they’re still valuable.

If we carefully consider what we drive and how we behave when behind the wheel, we can achieve significant savings – even in a country that has the fifth-cheapest petrol in the world.