Published: 16 June 2015 | By Ahmed Hasan
Souqalmal.com has put together the list below to get you up to speed on series you can watch on free-to-air Channels this Ramadan: 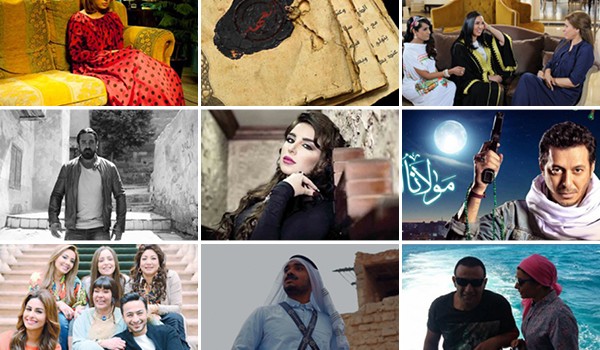 Every Ramadan brings along several series and soap operas produced by Arab countries. Advertising for these shows has already begun on many pan Arab channels. Souqalmal.com has put together the list below to get you up to speed on series you can watch on free-to-air Channels this Ramadan:

[Compare broadband plans in the UAE | Related: Ramadan 2015: Your Iftar and Suhour options]

1- Aam Elgamr: Showing on Emarat TV
In a city, a large fire leads to great losses and tragedy. Starring: Zahra Al Kharji.
2- Dubai London Dubai: Showing on Dubai TV
Talented guys traveled to work outside the country where they face a lot of difficulties. Starring: Zahra Al Kharji.
3- Law Enny A’ref Khatematy: Showing on Abu Dhabi TV
The story revolves around a generous girl who loves to help people. She faces a lot of hardships and tries hard to fight. Starring: Abdallah Saleh
4- Hasad Alzaman: Showing on Saudi TV
A good girl gets married to an unkind man, who gradually alters her nature. Starring: Maher Salibiy

5- Ostaz wa Ra’ees Qesm: Showing on MBC
A professor is always angry about Egypt’s political situation. He gets a position in the new government while leaving his wife because of his inability to have kids. Starring: Adel Imam
6- Waly Al-aahd: Showing on MBC
A family is living peacefully, until the husband’s brother intervenes in a family issue. Starring: Hamada Helal
7- Yaumeyat Bo Raad2: Showing on AlWatan TV
The story revolves around the guard of an old market who has super powers and can fly; he helps weak people. But a catastrophe strikes his town. Starring: Mubarak AL-Manea
8- Mouled we Sahbo Ghayeb: Showing on CBC
A poor girl enters the business world and her life turns upside-down. Starring: Haifa Wahbi
9- Al Ahd: Showing on MBC
The story revolves around humans’ struggle for power and the willingness of some people to offer sacrifices and violate divinity in their race towards it. Starring: Saba Mubarak

10- Mawlana El-aasheq: Showing on MBC
A young man works as a driver, and lives in a slum, where he is involved in a one sided romance with his neighbor, who favors a rich man over him. Starring: Mostafa Shaban
11- Bab El Hara: Showing on MBC
The series continues its Levantine life stories during the 1936 treaty, and a romance ensues between a Muslim boy and a Jewish girl. Starring: Abbas El Nouri
12- Zihab wa Awda: Showing on MBC
The owner of a big company discovers his son is kidnapped by an organ trafficking organization. He travels in search of his son. Starring: Ahmed El Sakka
13- Wesh Tany: Showing on CBC
The story revolves around businessmen’s relationship with the police, the racketeering and fraud they systematically perform on people, and their abuse of their ties with men in the state. Starring: Karim Abdelaziz
14- Qabel Lel Kasr: Showing on Aldafrah TV
The show deals with the sustained influence of childhood on the life of adults and how orphans behave as adults in society. Starring: Basema Hamada
15- Lak Yaum: Showing on Dubai TV
The show is about relationships between three families, and how their lives change over time. Starring: Huda Hussein
16- Haret Elyahud: Showing on Dubai TV
The series is about the period between the 23rd of July’s revolution and the Suez Crisis and the Jew community’s life in this era. Starring: Menna Shalaby
17- Hawari Bucharest: Showing on Alnhar TV
A professional boxer living in a poor town gets forced to fight battles to save his brothers’ lives. Starring: Amir Karara
18- El-Kebeer Awy 5: Showing on ZEE Alwaan
In this instalment of the comedy show, El-Kebeer discovers he has a Sudanese brother who comes back to Mazarita.
19- Ramez wakil el gaw program: Showing on MBC
In this reality TV show, Ramez plays pranks on his guests, leading them to believe they have been abducted by terrorists on a plane.
20- Kumar
A man travels to the Gulf to find work, then becomes close friends with wealthy businessmen who give him a chance to change his life for the better. Starring: Mashary El Ballam