Shop 'til you drop on holiday – it's a better deal

Published: 25 June 2014 | By David Sprakes
Where is it best to shop? We’re not just talking malls or boutiques here, but countries. With summer upon us and people heading to various parts of the globe for their holidays, is it a good idea to indulge in some retail therapy while you’re away or just head to your nearest mall and splash […] 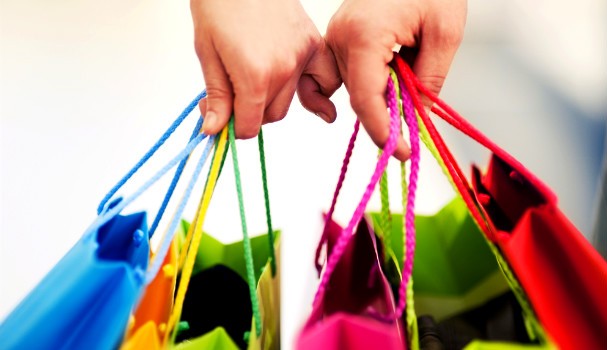 Where is it best to shop? We’re not just talking malls or boutiques here, but countries. With summer upon us and people heading to various parts of the globe for their holidays, is it a good idea to indulge in some retail therapy while you’re away or just head to your nearest mall and splash the cash on home soil instead?

As someone who regularly sends his bank manager into a sweaty meltdown with his spending habits, I approach such possibilities with great earnestness and excitement. I have to tell you, I take shopping very seriously. I do my prep.

[Also read: FX rates and using your credit card overseas/ Shopping spree? How to get rid of your old clothes]

Firstly I put together a list of items that I know I can’t get here or that are fairly expensive and on my general ‘want list’. Secondly I get advice. If you’re visiting somewhere for the first time you might be able to get recommendations from others as to the good shops to head to, or what bargains they found when they were there. Then I check out how much the item costs here and how much it costs in the city I’m visiting, much easier these days with the internet.

Not everything is going to be cheaper and I don’t really see the point in lugging something back from London if it costs the same in Mall of the Emirates. That’s space and weight that could be taken up with shoes, thank you very much.

Exchange rates and tax back

The US can be cheaper for clothes, shoes and beauty products – especially if you’re buying premium or luxury brands. I found a pair of Cole Haan boots for approximately 500 AED cheaper than they were selling for in Dubai Mall, and Kenneth Cole suede loafers retailing at $99 (364 AED), whereas in Mall of the Emirates before my trip they had been selling for 595 AED.

Personal stylist and image consultant Kelly Lundberg takes clients to the UK or US when they’re looking for specific ranges – and often for their wedding dress and shoes. She points out that sales start earlier there (summer and winter) and that you can always find the full collections for both designer and high street ranges… and therefore much more choice. Even small things can be cheaper – she spotted a Coast necklace on sale in Dubai for 250 AED and in London for £35 (218 AED, now on sale for £17, 106 AED).

“The only store in my opinion that is the same and consistent is Zara. It has the same layout, collections and choices at the same time, wherever you go,” she says.

Even then, Zara is said to be up to 40 percent cheaper if you buy from its home turf, Spain.

High-end designers may have consistent prices worldwide, she says, but you still get to take advantage of exchange rates (less so with the US as the dirham is pegged, but certainly with the pound and the euro) – and you can get your tax back as a tourist too. Even British expats can get UK VAT back at 20 percent (10 percent after the admin charge).

Kelly advises looking for items you like in the shops in the UAE then buying online or when you’re overseas.

My own best tip, if you’re holidaying in New York, is to head to the visitors’ centre in Bloomingdales and they’ll give you a voucher for 10 percent off your shopping. That $400 (1,469 AED) pair of shoes just got a bit cheaper. If you spend over $300 (1,102 AED) you get a free gift… just don’t get too excited, the umbrella I got in November is still in the cupboard.

Sephora is certainly cheaper in the US. Not just that, their customer service is amazing and they have a return-and-refund policy with no questions asked. So you can pop in and buy some experimental items on one day of your holiday and then return the green mascara or the cologne that you tried and that just doesn’t work for you the next, for a full refund.

I’m reliably informed that electronics can be cheaper in the States too. I picked up an iPad Mini for a friend at the Park Avenue Apple Store last November because it was a better price than either here or the UK. Apple products, by and large, are cheaper in the US (iPhones can be as cheap in the UAE from Du or Etisalat directly but you lose some specs, such as Facetime).

Let’s not forget, it’s not always about price. Other countries will have brands that aren’t in the UAE, so go grab something with a bit more exclusivity. There’s a Jo Malone in just about every mall in the UAE, but the only store of its founder’s new line, Jo Loves, is in London.

And, even if they are here, you can bet that a range will be much bigger in their home country’s flagship stores, as Kelly says. Debenhams in Mall of the Emirates feels like a corner shop compared to its Oxford Street, London counterpart – so, with luck, you won’t bump into someone at brunch three weeks later wearing the same thing.

But, before you get carried away, let’s not forget that holiday shopping is dependent on your spare luggage allowance. Finding a load of bargains and then paying excess baggage kind of defeats the object, don’t you think?

David Sprakes, aka ‘The Shoe Guy DXB’, is a designer for Ronai Uniforms in Dubai