The curse of compound interest on your UAE debts

Published: 27 November 2013 | By Louise Baxter
If you buy a pair of shoes on your credit card but don’t pay off the balance straightaway, those shoes will end up costing far more than the original sale price. Why? Because you haven’t factored in the cost of compound interest. How does interest work in general? If you are saving money in […] 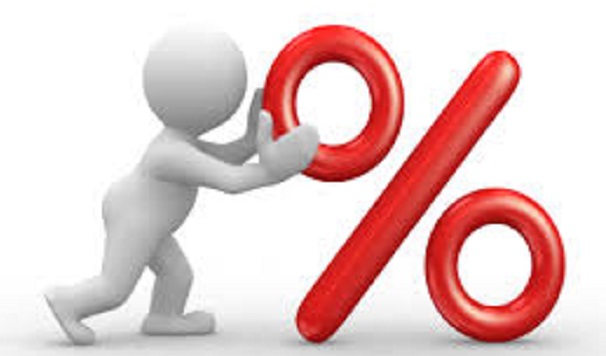 If you buy a pair of shoes on your credit card but don’t pay off the balance straightaway, those shoes will end up costing far more than the original sale price. Why? Because you haven’t factored in the cost of compound interest.

How does interest work in general?

If you are saving money in a bank account, it effectively means you are lending the bank money. So the bank will agree to pay you interest on that money. If the bank agrees to pay you five percent on your AED1,000 savings over 12 months, for example, that means you earn Dh50 that year.

When it comes to borrowing, the reverse applies and the interest rate becomes the price at which you can borrow money, for example, a credit card with a five percent annual interest rate means we pay an extra five percent on all our purchases if we do not pay off the outstanding balance on the card. This is known as simple interest.

So what is compound interest then?

This is where it gets a little bit more complicated, and it’s also something most borrowers forget about. For savers, and in particular those who save regular monthly amounts, it acts as a bonus in that the interest on your savings earns its own interest. The addition of interest to the principal is called compounding and, over time, this boosts your savings further and further.

In fact, the longer money compounds, the faster it will grow. In theory money that grows at six percent a year will double in 12 years and be worth four times at much in 24 years unless, of course, there is a financial crisis such as the recent credit crunch of 2008 – 2009.

I take it then that compound interest is not so beneficial to borrowers?

Can you give me an example?

Let’s say you take out a AED1,000 loan at 10 per cent interest over a two-year period. Simple interest on that loan would cost you AED100 in the first year and also AED100 in the second year, making a total of AED200 in interest payments overall. Compound interest, on the other hand, would charge you AED100 in the first year and AED110 in the second year as you would also be charged interest on your previous year’s interest. This is a very simple example, which, of course, assumes no payments are made until the end of the loan.

So how does this affect me if I take out a real loan?

Well, while savings benefit even more from compound interest the longer they are left, loans do not. This means you want to keep your repayment tenure as short as possible to reduce the costly effect of compound interest. It is in the interests of the lender to have a longer loan length, not yours.

And how does compound interest affect credit cards?

Credit cards and other open-ended debt facilities, such as an overdraft, use compound interest against you. That’s why minimum repayments are likely to keep you in debt for a very long time. Let’s say you had a AED5,000 balance and paid 22 percent interest that compounded monthly for 10 years.

While you might assume you only owe AED5,000, at the end of that 10 years you actually owe AED44,235 when you factor in on the cost of that monthly compounding. Although many people would not allow a debt to exist that long, it offers an idea of how much you actually pay for goods if you only pay off the minimum credit card balance each month and allow the debt to roll on and on.

How can I avoid this happening?

The best solution is to pay off your outstanding balance every month to avoid falling victim to the curse of compound interest. If that is not possible, then simply raising the amount you repay each month may cost you more now but will save a lot of repayments and headache much further down the line.