Home » Your Family » Isahd: What does the new health insurance law mean for us financially?

Isahd: What does the new health insurance law mean for us financially?

Published: 29 January 2014 | By Souqalmal.com
In December last year, the Dubai Health Authority (DHA) announced a new mandatory health insurance scheme for residents. The scheme, called Isahd, which means happiness in Arabic, means every employer will have to provide workers with a basic healthcare package. So, will this benefit our finances or not? 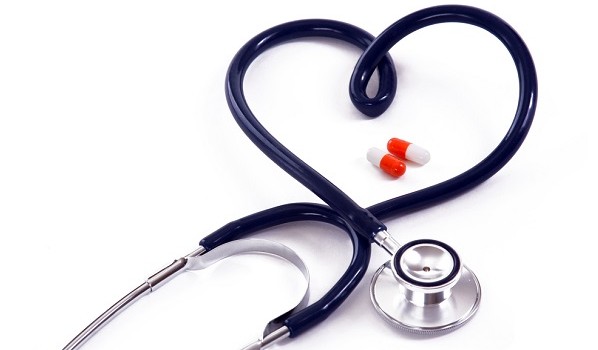 In December last year, the Dubai Health Authority (DHA) announced a new mandatory health insurance scheme for residents. The scheme, called Isahd, which means happiness in Arabic, means every employer will have to provide workers with a basic healthcare package. So, will this benefit our finances or not?

“Health insurance is a form of security and our aim is to ensure everyone in the emirate has access to essential healthcare in case they need it,“ Essa Al Maidoor, director general of DHA told Arab Health this week as he revealed the new name of Dubai’s mandatory health scheme.

In the final phase, all spouses and dependents must also be covered before the end of June 2016. While employers will cover the cost of the employee’s insurance, the employee themselves will be the responsible for their spouse, dependents and domestic workers. However the DHA is strongly encouraging companies to cover this cost themselves.

A boost for low-income workers

While Abu Dhabi employees already have medical insurance for themselves, their spouse and up to three dependents, Dubai does not. This means while in Abu Dhabi 98 per cent of residents are insured, in Dubai the DHA estimates only two million are insured.

This is because some employees only receive insurance for themselves and perhaps a spouse but not children. And many more employees receive no cover from their sponsor at all.  This had the biggest impact on low-income workers who relied on government hospitals for treatment.

Hospitals in Dubai, for example, have reported instances where emergency cases discharged themselves because they could not cover the costs of the treatment or aftercare they needed. Sad cases like these will stop once the scheme is introduced with every employee expected to be covered by mid-2016.

Therefore the basic package will be particularly beneficial for the low-income sector. It will include cover for emergency services, general doctor’s appointments as well as referral to specialists, tests and investigations, surgical procedures and maternity care.

A mixed outcome for higher-income expats

For the professional expat, there are a number of outcomes of this new law.

According to Dr Haider Al Yousuf, the Director of Health Funding at DHA, the move would only have a “minimum impact” on employees in terms of cost.

“Insurance companies interested in providing the essential health benefits (EHB) package to resident employees with salaries below AED4,000 will have to undergo further qualifying criteria to ascertain their ability to provide an insurance package at an affordable rate. The premium for this package will range between AED 500 – 700 per person per year.”

While bigger companies may absorb this cost and automatically include your family’s healthcare in their scheme offering family cover as a perk, smaller enterprises may find this unsustainable. As a result, the burden falls on you. If you have three children and a nanny to cover, this adds up to quite a sum particularly if you want to upgrade the insurance cover.

The mandatory health scheme basic package will only cover so much. If a complicated medical procedure is needed, this could be something you need to pay yourself and it might be worth topping up the policy to get yourself better protection.

It may be worth shopping around health insurance policies in general to find a package that suits your needs better. However, it could be costlier option too.

Although it will be difficult to forecast the total new gross incomes that will be added to the insurance market following implementation of the law, Saudi Arabia and Abu Dhabi are a good examples of what might happen.

Both had compulsory medical insurance introduced in the last decade and as a result medical insurance has become a dominant line of business. In Saudi Arabia, for example, Standard & Poor’s estimate it is about 40% of total insurance premiums and in Saudi Arabia this figure rises to 55%. It means there will be more investment in the Dubai’s health care industry and competition between providers; competition can only be a good thing as it could drive down the cost of a policy.

Another piece of good news, there will be monitoring in place to ensure companies comply with the new law. Failure to comply will see businesses charged a minimum fine of AED500 and a maximum of AED150,000. Repeated breaches carry a maximum AED500,000 fine. This means you will definitely be protected.