Published: 24 January 2016 | By Souqalmal.com
Saudi Arabian interest rates to rise after the US central bank’s decision For the first time since 2006, the US Federal Reserve made a decision to raise interest rates. Since the Saudi Kingdom’s currency, the riyal, is linked to the dollar, the Saudi Arabian Monetary Agency decided to raise the agreements’ rate of the reverse […] 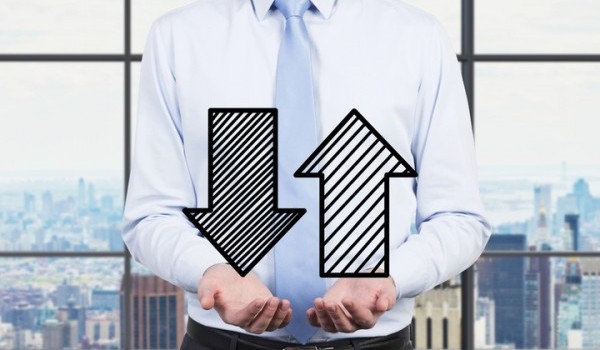 For the first time since 2006, the US Federal Reserve made a decision to raise interest rates. Since the Saudi Kingdom’s currency, the riyal, is linked to the dollar, the Saudi Arabian Monetary Agency decided to raise the agreements’ rate of the reverse repo rate from 25 basis points to 50. Reverse repo rate represents the interest acquired by financial institutions in return for their deposits. This increase in rates is the first of its kind in nearly nine years.

The impact of this on you: High interest rates on consumer loans (credit cards, personal loans, real estate and car loans).

Aimed at investing in fixed-income real estate, this is the first fund of its kind in the local market. It will be available to citizens, residents and GCCs for a minimum of around 20 thousand riyals to individuals and 100 thousand riyals to companies, with an expected return of more than 8% per annum. The fund targets 5 real estate sectors: residential complexes, the hospitality sector, industrial real estate, office buildings – and shopping malls. The fund falls into 3 geographical areas: Riyadh, Eastern Province and Jeddah.
Aiming to reduce risk, the fund will not be investing in real estate products requiring development or maintenance costs of more than 15% of the purchase amount.

Advantages of the fund for you: The fund aims to aid in resolving the current housing problem by increasing rapid ownership of leased residential units and encouraging real estate developers to build and increase housing at affordable rates.

The cabinet approved a move to impose fees on all land dedicated to residential (or residential /business) use for around 2.5% of the land’s value, taking effect 180 days from the date of its publication in the official Gazette. The regime will punish anyone who violates their provisions by implementing a fine of the amount due on the land plus a fee.

Council of Ministers will appoints an overseer to review the schedule of application fee and proposes what will be appropriate in the will, and thus raise an annual report about this to the Council.

The impact of this decision on you:

Starting from 1/10/2015, insurance companies operating within the domestic market will increase their policies up to 1,500 riyals for Private Motor Vehicle Third Party liability insurance policies (not including added benefits). This new increase comes after a decision by insurance companies to pay victims of accidents (of traffic sign violation, driving on the wrong side of the road, etc.). While more than 4000 fake accident and over-exaggerated incidents have raised the value of blood money, the Road Transport Committee has increased rates by 400% and is demanding a review of price-fixing.

The cost of motor insurance increased in the past few months from 590 SR for the policy document (a year ago), to 850 SR (at the beginning of the year), to 1200 SR at the last quarter of 2015 – finally settling between 1400 SR and 1500 SR for an insurance policy document for Private Motor Vehicle Third Party Liability (not covering drivers under 21 years).
While the cost of an insurance policy for Private Motor Vehicle Third Party Liability for a driver under 21 ranged between 2400 SR and 2800, the cost of insurance for vehicle UPS ranged from 1400 SR and 2450 SR with heavy goods vehicles between 2400 SR 3880 SR.

Saudi Ministry of Finance criticized the decision made by Standard & Poor to cut down the credit rating of the kingdom in less than a year (of -AA classification with a positive outlook to A+ with a negative outlook), saying their evaluation was not based on a formal request, and was therefore incompatible with their guide lines. The Ministry considered the assessment made by the agency to be hasty, unjustified and not assigned to the facts as it was based only on changes in global oil prices. The Ministry of Finance claimed that, given the fundamentals of the Saudi economy, it is still strong with net assets of more than 100% GDP and large foreign exchange reserves with the economy continuing its growth compared to similar economies in despite of lower commodity prices – therefore keeping public finances in a strong position.

Need to know more about Editor's Picks?
We can help! Sign up with us today and find out more.