Published: 23 June 2013 | By Louise Baxter
Saudi Arabia, like the rest of the world, is emerging from the financial crisis of 2008-2009. But despite lessons learnt during the credit crunch, some attitudes towards credit card debt still have some way to go. According to a survey released today by Souqalmal.com, the region’s leading comparison website, into credit card use in Saudi […]

Saudi Arabia, like the rest of the world, is emerging from the financial crisis of 2008-2009. But despite lessons learnt during the credit crunch, some attitudes towards credit card debt still have some way to go.

According to a survey released today by Souqalmal.com, the region’s leading comparison website, into credit card use in Saudi Arabia, almost 30% of residents only pay the minimum balance or what they can afford to pay on their monthly credit card bill.

Even more worrying is that one in five respondents in the survey of 1,000 people say they use their credit card to access cash – a very expensive way to borrow as cash withdrawals incur higher charges. One in five use their card for everyday expenses and 30% to spend on travel and online purchases.

Ambareen Musa, CEO of Souqalmal.com, says: “The results that strike us most is the number of people who use their credit cards to take out cash.  It is one of the most expensive methods to access cash and a trend to watch out for.  This could be due to the lack of awareness of fees and changes or accessibility to personal loans especially for the private sector employees.”

Interest rates on cash advances tend to be much higher than a normal credit card purchase. Almost all providers will also charge a fee on the cash withdrawal itself and the interest-free period you receive on regular purchases does not always extend to cash.

“If those same people are then only paying the minimum balance or what they can afford to pay off, then they may get themselves into serious trouble especially if there are other household debts to consider such as car loans, personal loans and overdrafts.”

When it came to the factors that determine why a consumer chooses a particular card, almost one in four said rate was the most important aspect and almost one in five selected the fees they have to pay.

That is not to say residents are not motivated by the benefits commonly associated with modern credit cards. Over half say they were attracted by extras such as valet parking, air miles, airport lounge access and cash back with discounts and offers the most popular option among that group.

Ambareen Musa said: “It’s refreshing to see that despite all the perks on offer, consumers are making the responsible decision to look at the rate and the fees associated with the card first. For those using the card for credit purposes, the rate is definitely the number one priority but if you pay off your balance every month, it is a great tool to enjoy perks and benefits that the banks have to offer as long as the annual fee and other charges are within your budget.”

The allure however of credit cards and the benefits they offer does not appeal to everyone. Almost half of Saudi Nationals don’t have a credit card at all and only one in three have one card.  One of the reasons can be explained by the fact that 40% of credit cards in the Kingdom are conventional products.  However there is some disparity in the market, with one in five saying they have two or more.

Which banks to take a credit card from is also important in the sovereign nation with the majority of Saudi Nationals preferring local banks while half of expat westerners prefer international banks.

Souqalmal.com, which carried out the survey to better understand the nation’s use of credit cards, says the survey will help them structure their website to offer the right products to suit consumer’s needs.

Ambareen Musa said: “It’s important for Souqalmal.com to understand our users and this survey helps us to cater and personalise our comparison products to what they are most interested in.

“However, it’s also clear there is a need for more education to help people financially about the best way to use credit cards. We can introduce more guides to help them make better financial decisions, such as choosing a personal loan over a credit card if they need to make a big purchase and not using a credit card to access cash.” 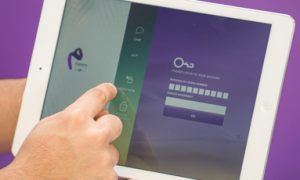 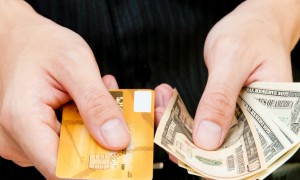 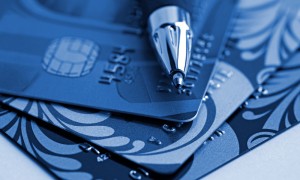 Need to know more about Credit Cards?
We can help! Sign up with us today and find out more.