Published: 24 February 2014 | By Rehana Arif
According to the Saudi Chartbook released by Jadwa Investment, cash withdrawals from ATMs continued to rise during 2013, with a strong correlation between the Kingdom’s economic growth and increased spending and demand for financial products. Arab News reported that most sales in 2013 took place at shopping malls and retail stores, through ATM transactions amounting […] 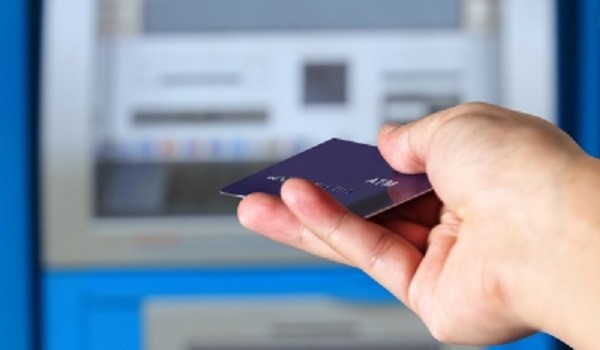 According to the Saudi Chartbook released by Jadwa Investment, cash withdrawals from ATMs continued to rise during 2013, with a strong correlation between the Kingdom’s economic growth and increased spending and demand for financial products.

Arab News reported that most sales in 2013 took place at shopping malls and retail stores, through ATM transactions amounting up to a total of SR 802 bn. In fact, the first two quarters of 2013 experienced a startling 63 and 64 percent increase in card transactions respectively, compared to the same first two quarters of 2012. ATM withdrawals in 2013 tallied up to SR 658.15 bn while card purchases amounted up to SR 144.32 bn. A reason cited behind the surge of withdrawals was the installation of ATM machines across Saudi Arabia by banks such as Al Rajihi and Riyad Bank.

Saudi Arabia citizens and resident were not just spending within Saudi Arabia but are also on frequent travel to surrounding countries such as UAE and in turn helping boost their economies. Visa’s Tourism Outlook: ‘UAE report discovered a whopping $420.4 million was spent by Saudi visitors in the UAE on just their VISA cards’. During Eid season, hotels such as Atlantis have seen a 15 percent increase in visitors from the Kingdom in 2013 compared to the same period in 2012. Electronics and jewelry stores have also reported growth in sales due to spending by visitors from Saudi Arabia.

Media and Awareness Committee of Saudi banking sector was also pleased to announce that in comparison to other Arab countries, Saudi credit cards default payments were as low as 1. 5 percent. These low numbers can be attributed to the competitive banking sector of Saudi Arabia trying to get a considerable share of the card market by offering customers credit cards with a range of benefits. Growing popularity of sharia compliant credit cards among residents and citizens is also urging Islamic Banks in the Kingdom to concentrate on Islamic products in order to meet demands.

If you wish to benefit from the competitive credit card market in Saudi, compare all your credit card choices at Souqalmal.com.

Furthermore, Saudi residents are big on spending their riyals on luxury goods such as new cars, travel and entertainment, as disclosed by The Euromonitor 2013 country report on Saudi Arabia. The report also touches upon the demand for financial cards driven by the youth of the Kingdom.

Besides consumer spending, Saudi Arabia government has set a budget for 2014 of SR 855 bn, as reported by Gulf News. As per the budget plan, Saudi will experience a rise of 4.3 percent in spending, which is believed to be a modest increase compared to previous years.

One Response to “Spending trends in Saudi Arabia”

Need to know more about Your Money?
We can help! Sign up with us today and find out more.